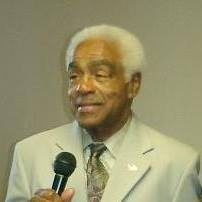 A highly respected leader in the Greater Los Angeles area, and in the worldwide movement of Religious Science, Dr. Morgan was considered one of its finest ministers, scholars and champions,” said a spokesperson.

A highly regarded civil rights leader in Los Angeles and the nation, Dr. Morgan lead his congregation in confronting major community issues. He was an outspoken advocate and champion for positive social change and justice within our society.

Dr. Morgan was the recipient of many awards and recognitions from the denomination, and other organizations. They include the Paul Robeson Award, South Bay Branch NAACP, United Church of Religious Science 25-Year Service Award, Wm. Ballentine Henley Award for Minister Exemplar, Minister of the Year and many other awards and accolades. 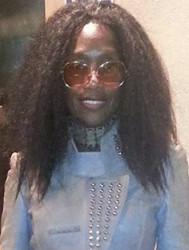 Recognized by many as a mystic…one who possesses great clarity, divine insight and phenomenal intuition. In honoring her gifts, many who know her affectionately call her Ma Mosley.

Dr. Clara is the former presiding minister at the historic June Cobb Church of Religious Science. She officially joined the Guidance family in 2015; although she has been affiliated with Guidance for several years as an instructor for the practitioner training classes. Dr. Clara says, “I continue to wake up and coach others to wake up”. 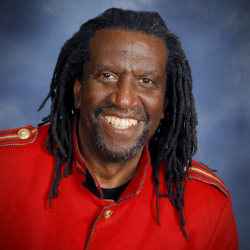 Spiritual Director and Minister (2006 – 2016). Founding President and Director of Education for Agape International Spiritual Center in Los Angeles. Previous Ecclesiastical Leader for the global operations of Centers for Spiritual Living. Expert facilitator of workshops, classes, seminars and retreats on topics such as Love, Relationships, Sacred Sexuality, Mysticism, Teachings of Jesus, The Bible, The Science of Mind & Spirit, Abundance &amp; Prosperity and numerous themes. Nirvana was a published poet with a book entitled GOD SINGS MY SOUL, and wrote numerous articles in various books and magazines. He was also a singer, percussionist and songwriter. 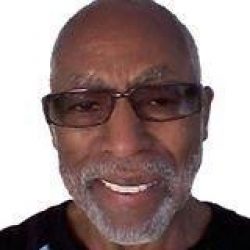 Rev. Ahman received his basic training in New Thought Teachings under the Guidance Church’s founder, Dr. Daniel L. Morgan. He is a graduate of the UCRS School of Ministry – at San Jose, California. He is the author of the book, The Spiritual Mind Treatment. He prefers to be called – “Ahman.”

Ahman has traveled to a number of cities and states as a speaker and teacher -in churches of various denominations – sharing the New Thought message. He has facilitated workshops on on “A Course In Miracles for more than twenty years.

Ahman believes in one God, and that this One manifests as many to reach all through many ways that include: religion, philosophy, psychology, art, education, and whatever medium God chooses to reach us. 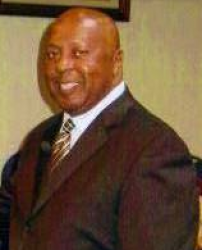 Dr. Ronnie’s understanding and practice of the Science of Mind Principles have been beneficial in creating his success as President of Dunsmuir Construction Corporation. His building portfolio of clients include Target Corporation, Wells Fargo Bank, CVS Drug Stores, Bank of America, Madison Square Gardens and a host of Affordable Housing Developers. Some of the landmark projects in the community on which he was part of the building team include: the King-Drew Medical Magnet H.S., Staples Center, Hollywood Park Casino, Forum, Rosa Parks Villas, and Westfield Culver City.

Dr. Ronnie is a graduate of Mattatuck College, Central Connecticut State University, Yale University, the Institute of Religious Science and the Bibleway School of Metaphysical Studies. 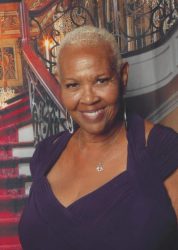 Rev. Jerrold is a licensed Practitioner and Ordained Minister. His motto is “More Like Jesus”. His goal is to deliver a “Universal Christ” message in churches of every faith and denomination. Rev. Jerrold received his ministerial training at Founders Church of Religious Science and The Moriah Institute of Creative Intelligence. He is currently Assistant Pastor of L.A. Third Church for Spiritual Living in Leimert Park.

Rev. Jerrold ‘s professional career includes a combined 30-years in sales, marketing and advertising for National Distributors, CBS, Gannet and All Pro Broadcasting. He currently operates his own marketing, advertising and branding consulting firm, 1 Plus One Management, Inc. 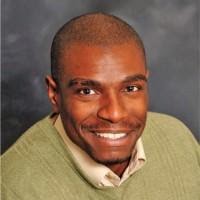 Dr. Seth Watson Pickens is a spiritual educator dedicated to helping people live their Godness. He has previously worked as a sales executive, an elementary school teacher, a Peace Corps Volunteer in Haiti, and as a stand up comedian. His spiritual journey began in Detroit, MI, going to a baptist church “at least 2-3 times a week.” It was here that he first learned to apply the power of prayer.

Dr. Pickens has studied Science of Mind and New Thought mysticism under the tutelage of Dr. Clara Mosley and the late Dr. Nirvana Gayle.

An ordained American Baptist Minister, Rev. Pickens has served from 2009-2019 as a senior pastor in South Los Angeles. He earned a bachelor of arts in Psychology from Morehouse College, a master of divinity from Union Theological Seminary in New York City, and a doctor of education from the University of Southern California.